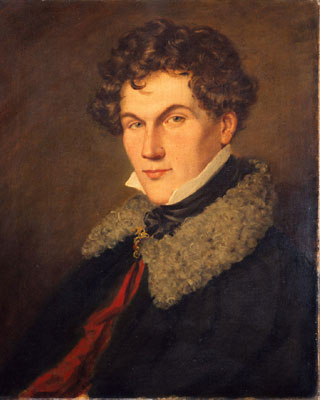 Founded by Sir Henry and Lady Honoria Lawrence, Sanawar is believed to be the first co-educational boarding school in the world. On the 15th of April 1847, a group of 14 boys and girls camped at the top of the foothills of the Himalayas. They lived under canvas for some weeks, anxiously waiting for the first buildings to be completed before the arrival of the monsoon. Thus did Sanawar come into existence. By 1853 the strength had grown to 195 pupils and it was then the School was presented with the King's Colours. It was one of the only six schools and colleges ever to be so honoured in the entire British Empire, the others being Eton, Shrewsbury, Cheltenham, the Duke of York's Royal Military School and the Royal Military College, Sandhurst. Sanawar has held its Colours for the longest unbroken period. From its Foundation, the financial burden of the School was borne by Sir Henry until his death in 1857, when the government assumed responsibility for the finances as a mark of esteem to his memory. Under these arrangements, control of the School passed from the 'Honourable Board of Directors' to the Crown. This is the most unusual arrangement, not repeated in any English Public School.
The tradition of military training at Sanawar has always been strong and of such a high standard that several contingents of boys were enlisted from the School and sent straight to the battlefields of the Great War. In appreciation of this, the School was re designated in 1920 as the "Lawrence Royal Military School". In 1922, the Prince of Wales personally presented the School with new Colours. The School Colours continue to this day to be trooped at the Founder's Celebration in early October. Sanawar pupils continue to make a major contribution to the defense of the country. 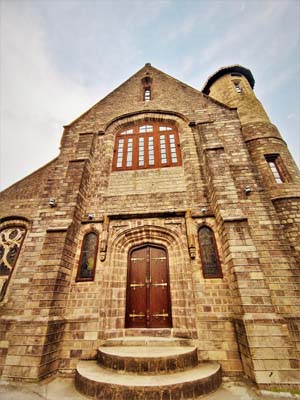 The Centenary year (1947) was crucial to the development of the School. With Independence, the bulk of the staff and children at Sanawar returned to the UK. However, the then Governor General, Lord Louis Mountbatten, presided over the Centenary celebrations of the school and read out a special message from King George VI. Thereafter, control of the School passed from the Crown to the Government of India, Ministry of Defence. A further transfer in 1949 brought the School under the control of the Ministry of Education and subsequently, in 1953, to the autonomous Lawrence School (Sanawar) Society. However, Sanawar retains strong links with its past. The Chairman of the Society is the Secretary for Education, Government of India and at the sesquicentenary celebrations in 1997, a message of congratulation was received from the current King of Britain, King Charles III.
The first Principal of the School was the Rev. W. J. Parker, (1848 - 1863). Notable events during his period include the first Founder's Day in 1849 and the opening of the Chapel in 1851. Parker was followed by the Rev. J. Cole (1864 - 1886), the Rev. A. Hilldersley (1886 - 1912) and by the fourth Principal, the Rev. G. D. Barne (1912 - 1932) who developed Sanawar into a major public school along English lines with House and Prefectorial systems, games on an organised basis and a curriculum working towards Cambridge University Examinations.
The School continued to evolve and modernise throughout the middle and later years of the last century. In 1956 Mr. E. G. Carter retired as Principal and was succeeded by Major R. Som Dutt (1956 - 1970), the first Indian Headmaster of the school. He laid the foundation for the school, as it is today, India's foremost residential co-educational public school. Developments have continued since then, most notably under the leadership of Mr. S. R. Das (1974 - 1988). 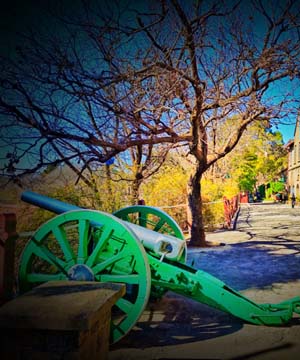 History records that during the hot summer of 1846, in the company of Col. Boileau and Lt Beecher of the engineers and Lt. Hudson of the fusiliers, Henry Lawrence searched for a site in the Simla Hills around Kasauli to establish an asylum for the children of the British other ranks. However, he eventually selected the hill of Sanawar at a height of 1750 meters (5600 feet) as it combined most of the requisites for an asylum, VIZ isolation, ample space, suitable location not too far from European troops. The 134 acres of land acquired belonged to the Rana of Bhagat, a princely state.
Once the site was selected the work of construction was entrusted to Lt. W. Hodson of the Hodson Horse fame. Work commenced on 1th Apr., 1847.
Tents were pitched to house the first inmates in the area which is now the girls games field, also known as the Peace stead/Arun Kheterpal Stadium.
Henry Lawrence put the school in the capable hands of Mrs. Charlotte Lawrence, wife of the eldest of the famous Lawrence brothers, Sir George St. Patric Lawrence.The school formally opened on 15th April, 1847 with seven boys, seven girls, one master and one mistress in-charge. They lived under canvas for a few weeks anxiously waiting for the buildings to come up before the rains.The first impressions of the school were over-whelming, every thing was on a grand scale; its estate; its buildings; and above all its spirit which is impossible to define.Over the years Sanawar has developed into a leading public school. However it has retained the strenuous simplicity and humane but martial spirit of its early days.
Pride in their school has been an outstanding characteristic of all age-groups, boys and girls. We were the first school ever, including schools in the United Kingdom - to have been awarded the King's Colours as far back as 30th June, 1853. They were All India Boxing Champions, All Empire Shooting Champions, they were drafted straight into the fighting line without any Preliminary Training…. They were trained already… They were Sanawarians.

To march into the future we must look at the past; understand our traditions, our inheritance and our legacy.Sanawar is steeped in tradition in over a hundred and seventy five years of its dynamic existence. It has carved out a niche for itself. Each stone here has a story to tell.
A glimpse into the history of Sanawar will help those associated with it, build pride in and knowledge of the school and with all it stands for.
An attempt to trace, record and display its history was proposed by Mr. Firth, the master-in-charge of the Teacher Training College, Sanawar, as early as 1915. The first serious attempt was, however, made by Colin Kalra, a teacher on an assignment from England from 1879 – 81.
During 1987 the idea of a museum was revived and substantial material, stacked away in gunny bags, in the Quarter Master Store was found by chance before it found its way to the ‘Rudhee’. This was the humble beginning of the museum.
In 1992, Dr. V. K. Sharma, a teacher at Sanawar, wrote a book ,"The Lawrence School, Sanawar : A Historical Reference". This was the first ever book which threw light on the History of the school. In 1997 Sanawar celebrated its sesqui-centenary and "Sanawar : A Legacy" was written by Mrs. Manju Khan and Mr. KJ Parel, both teachers at Sanawar. Mr. Harish Dhillon, an OS, who graduated to become a teacher and then had the distinction of becoming the 14th Headmaster, together with Mr. Ratin Mishra, an ex - Art teacher of the School, had captured the School pictorially in their book 'Sanawar'. Therefore, by the year 2000 there was sufficient research material and artefacts available to attempt the Sanawar Museum.
On taking over as the 15th Headmaster, Mr. Andrew S Grey desired to put his predecessor's efforts into some order. He wished that the Museum be taken to the students and not vice-versa. Therefore, he approved of it being co-located with the School Library. He charged Col. NJS Pannu (Retd.) (V 1954 –64). The Bursar and Col KVS Lalotra, SM(H 1961 – 69) both old Sanawarians, to further research, plan, the layout and organize the display.
The collection on display catalogues history. It is varied and large, spanning a century and a half. It reflects a glorious past and is a record of valorous deeds and devotion to duty - a mute testimony to the endeavour and sense of commitment of the Sanawarian family. The display depicts the vision of the founder and those who toiled to make Sanawar.
It is hoped that the Sanawar Museum will one-day house one of the largest collections of documents and artefacts, which will be unmatched in its rich variety.The Museum is dedicated to Sir Henry Lawrence and Lady Honoria, the staff and employees of the school and the Old Sanawrians who have left behind this rich legacy.It is hoped that it would inspire generations to come.